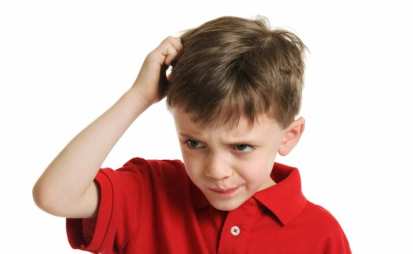 June 7, 2017 (ACPeds) — The American College of Pediatricians is a professional organization confident in the science we present and in the traditional ethics we uphold. In the past, we have typically directed critics to the relevant content on our website. On May 8, 2017, however, Psychology Today published a piece by Mr. Jack Turban that is not only libelous, but also denies the fact that untold numbers of American children are being experimented upon, and many of them permanently sterilized, under the guise of treating a largely transient disorder known as Gender Dysphoria of Childhood. This warrants a more public response.

The American College of Pediatricians has held true to its founding principles summarized by its slogan, “Best for Children.” The College has also endured ad hominem attacks for making factual statements that threaten agendas which promote the wants of adults over the needs of children. Attacking the messenger is a tactic commonly used by those who cannot refute a truthful message. Labels, such as hate group, extremist, right wing, miniscule, Christian fundamentalist, and deceptively named, reveal desperate attempts to deflect attention away from facts that undermine a desired agenda.

The American College of Pediatricians is precisely what its name implies: a national nonsectarian organization of child and adolescent physicians and health professionals. We have never surveyed the religious identities of our membership, nor attempted to attract physicians of a given religion. In fact, members of our Board of Directors and various committees have identified themselves as Christian, Jewish, Muslim and Buddhist. We are physicians and healthcare professionals united by a commitment to traditional Hippocratic medicine; a medical tradition that respects life from conception to natural death and provides care to all patients, as delineated in our Statement of Inclusiveness. It is true that we are relatively smaller than other medical organizations; we have 500 members and counting. Ultimately, however, this is irrelevant to the veracity of our statements; sound science and ethics are not determined by majority vote.

Responsible journalism requires thorough investigation of the subject at hand. This appears lacking with Mr. Turban’s report on the ACPeds. He and others have expressed deep concern over our very legitimate name, yet they erroneously designate us as the “ACP,” which stands for the American College of Physicians. Our proper designation is ACPeds. Our web address, http://www.acpeds.org, pretty much gives it away. Then again, most of our detractors have never bothered to give our website, position statements, let alone any of the hundreds of scientific references there, a careful read. Were they to do so, they would realize how easily their alternative facts would be refuted, particularly those regarding Gender Dysphoria in Children.

Yes, Mr. Turban, prior to the widespread promotion of transgender affirmation, 75- 95 percent of pre-pubertal children with Gender Dysphoria eventually outgrew that distress. The vast majority came to accept their biological sex by late adolescence after passing naturally through puberty. The alternative fact, recently put forth by activists, that large numbers of children who desisted were actually “misdiagnosed” with Gender Dysphoria is debunked by data in Dr. Devita Singh’s doctoral thesis, and also by Dr. T.D. Steensma et. al., as noted in slides 23-25 of our Gender Dysphoria power point.

According to these Guidelines, children are placed on puberty blockers as early as Tanner stage II of puberty (as young as age 11) and then placed directly on cross-sex hormones by age 16. An article by Dr. A. Evan Eyler, referenced in our full position statement, confirms that children administered blockers beginning at Tanner stage II and seamlessly transitioned to cross-sex hormones are prevented from producing gonadal tissue (eggs or sperm) for cryopreservation. They will be unable to have genetic offspring of their own even with artificial reproductive technology.

There is an obvious self-fulfilling effect in helping children to impersonate the opposite sex both socially and pharmacologically. Logic leads one to predict that most, if not all, pre-pubertal gender dysphoric children treated in this way will lose the potential to identify with their biological sex, and instead go on to claim a transgender identity. As noted in our position statement, the single follow-up study of such children finds just that; 100% of the pre-pubertal children placed on the social affirmation/puberty blocker protocol failed to desist.

According to the APA Handbook of Sexuality and Psychology (2014), among those youth who did resolve their Gender Dysphoria prior to the present-day transgender affirmation ethos, 63- 100% of boys would identify as gay adults, and 32-50% of the girls would identify as lesbian by young adulthood. Affirming pre-pubertal gender dysphoric children as transgender potentially translates into a significant percentage of LGB adults being sterilized. Consequently, some members of the LGB community stand with the ACPeds against this “transgendering of children” which they view as nothing less than the single greatest form of homophobic hatred, namely, eugenics.

Contrary to popular belief, there is no evidence that the elevated rates of mental illness and suicide among transgender-identified youth and adults are due solely, or even predominately, to societal prejudice or discrimination. At least one 2008 study by LGBT-affirming researchers, noted in our Gender Dysphoria position statement, found these factors not to be causative. Mr. Turban’s article also alleges that the College has ignored evidence that transition improves mental health in gender dysphoric children. The “evidence” consists of two small short term studies that contain methodological flaws, and therefore, prove no such thing. There is also no scientifically rigorous, large, prospective or sufficiently longitudinal evidence that transition of gender dysphoric children prevents suicide in the long term.

However, there is long-term research on the mental health of adults who transitioned with Gender Dysphoria. This reveals that despite initial relief of the dysphoria, one or more decades after transition, they often present with worse mental health than that of the general population, including a suicide rate nearly twenty times greater. This observation raises more questions than it answers, and should, therefore, give pediatric health professionals great pause — at least those who value evidence-based medicine and are dedicated to ‘first do no harm’.

Some members of the transgender community recognize this and have expressed solidarity with the ACPeds. Rene Jax, a Male to Female Trans author, wrote:

Chemical castration, sterilization and surgical mutilation are more than just words to me. They are personal and brutal realities; no child should be subjected to this. Thank you.

The ACPeds has also been contacted by clinicians and academic physicians across the political spectrum, including LGB affirming clinicians. They have expressed their gratitude to the ACPeds for saying publicly what they cannot. Division chairs in psychology and sociology, and many pediatric endocrinologists have told us that to stand for science and go against transgender group think is professional suicide and often results in relentless harassment including death threats.

Belief is in the mind; not in the body. Everyone knows that thinking or feeling that something is true does not make it true. When people consistently and persistently insist something that is contrary to physical reality, they are, at best, confused, or at worst, delusional. According to the alternative logic of transgender experts, however, this is true in every instance except where biological sex is concerned. In this case alone, the persistent and consistent insistence of something contrary to physical reality is definitive proof of the metaphysical claim that an immaterial essence, or in the words of Dr. John Money, “[an] internal sexed identity” is trapped in the wrong body. This foundational claim of transgender medicine has far more in common with a quasi-religion than it has with evidence-based science. How much longer will society sacrifice the health of its children upon these altars?

Reprinted with permission from the American College of Pediatricians.