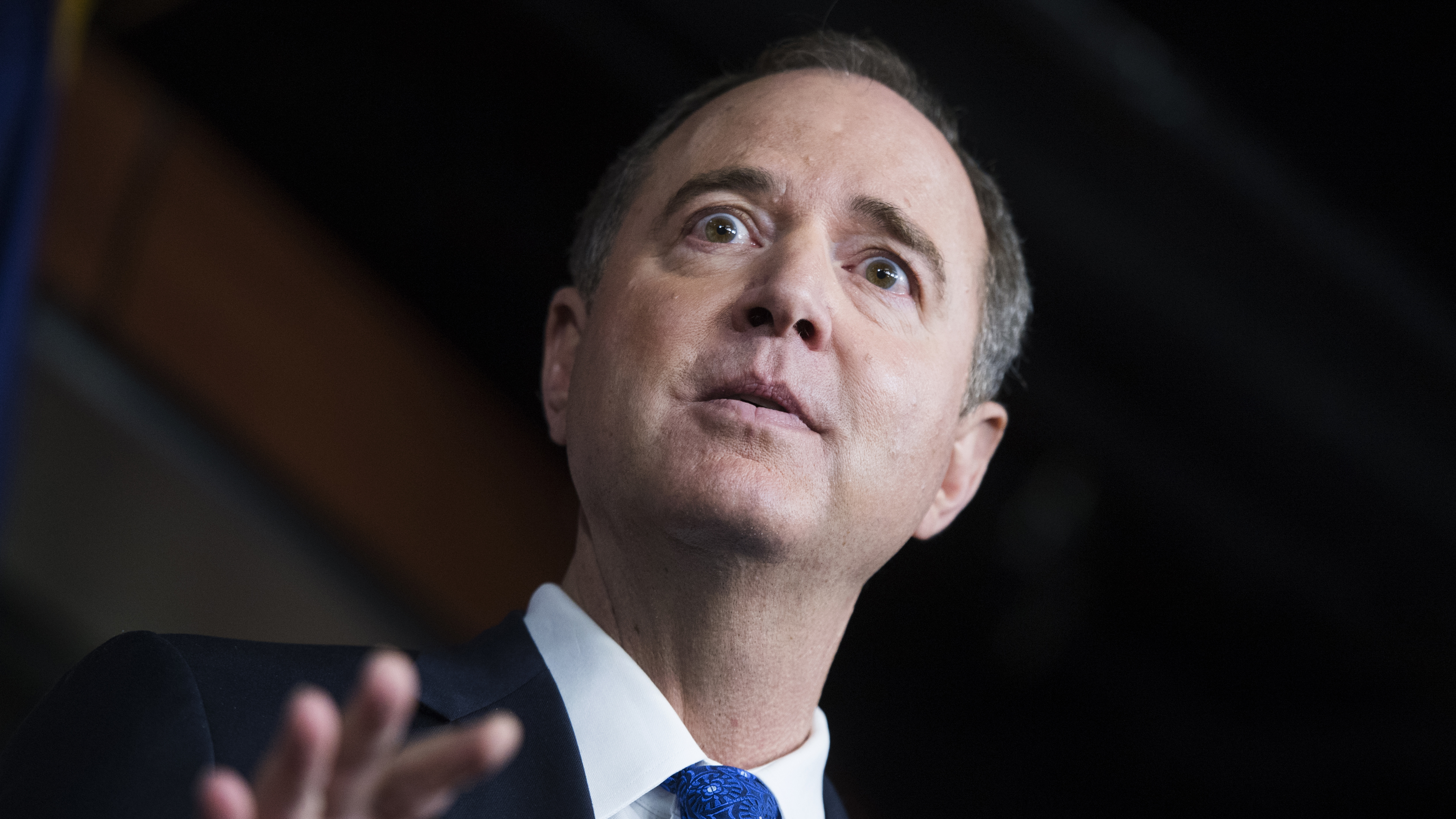 Learn Why “The Schiff Sham” is unconstitutional

Joe Hoft – Uh-Oh – The Democrats are in real big trouble.  Pelosi and gang went all-in on the Schifty Schiff and his rouge impeachment inquiry and it is quickly turning into a Schiff show.

There are no crimes that President Trump has committed that would lead to  an impeachment inquiry and so lying Schiff keeps moving the goal posts.  But most importantly, only far-left Democrats are in favor of impeachment.

You just can’t break the truth.  No matter how far you may bend it, it is always the truth.  The Democrats are learning this lesson again and it is going to be really ugly this time and it should.

Speaker Pelosi and her band of socialist Democrats went ‘all-in’ on an impeachment of President Trump.  They’ve wanted this since before the 2017 Inauguration.  However, in their rage they forgot and are missing a couple of key points – one, there must be high crimes, misdemeanors, treason or bribery – and two, there must be public support.  Unfortunately for the Dems, they have neither.

The Schiff Sham is unconstitutional

As the Democrats move forward with their insane impeachment hearing in the House, the levels of insanity reach new levels.  The Schiff Sham is unconstitutional, that is why it is so insane!

The Democrats created an impeachment process where the individual leading the process was involved in creating it with a CIA spy who leaked information from a Presidential call.  The same CIA spy was kicked out of the White House in 2017 for leaking.

The whistleblower form in the Intel community was updated to allow for second hand information.  This was not allowed before this complaint.

Schiff and his team flew to the Ukraine before the complaint and met with some of the individuals who testified in Schiff’s court held in the basement of the US capital.  The Republicans are not allowed to call in witnesses.  The witnesses were coached by Schiff.  The Republicans’ questions are constantly interrupted by the likes of ‘President’ Swalwell, a failed Democrat candidate for President, and other Democrats.

The President and his team was not allowed to interview the witnesses.  The witnesses are basing their testimonies in some cases on 4th hand information.

Schiff is in charge of the impeachment hearings set up based on the CIA spy’s complaint.   Schiff is the same individual who created the incident that the impeachment is based on.  All rules and guidelines are created by him alone.  He decides who interviews and when and what they are allowed to say.  He tells witnesses whether they are allowed to answer questions or not from the Republicans on the Committee.

The number of unconstitutional actions taken by Schiff is too numerous to count.  Nowhere in our constitution does it provide for an accuser to be a witness, a prosecutor, the judge, the jury and the ruler over who is heard and what is said in a trial!  And to think they are doing this not in a traffic court, but to remove the President of the United States from office!

The whole SHAM is based on a request from  President  Trump that the new President from the Ukraine look into the 2016 campaign.

The President asked that Zelensky if he could find anything on Hillary’s server. It is believed that her server may be both in the Ukraine, as well as on Crowdstrike, a company that many believe to be Ukranian owned.In case you don’t know,  Crowdstrike is the same platform that the FBI and DNC relied upon in 2016 when it claimed that Russians hacked Hillary’s emails.  Crowdstrike’s claim to this day is the only information used by the FBI, DOJ and Mueller gang as evidence that the Russians hacked Hillary’s emails.

The President of the Ukraine asked on the call whether he should look into the Bidens’ actions in the Ukraine.  A video where former Vice President Biden bragged about having a Ukrainian prosecutor kicked off a case where he was investigating his son, Hunter Biden, was shared all over the Internet.  The judge was removed in a quid pro quo arrangement.  The Ukrainians removed the prosecutor and then they received $1 billion from the US under Obama.

Biden’s son Hunter, was placed on the Board of Burisma Holdings in the Ukraine and he and Devon Archer, who’s connected to former Secretary of State, John Kerry, who was also on the Burisma Board, made at least $50,000 a month each in spite of knowing nothing about Burisma’s business.

Based on this Schiff and company believed they could impeach President Trump for a quid-pro-quo – like what Biden did – I’ll give you money if you remove the prosecutor in the Ukraine who is investigating my son and the company he is a Board member of, Burisma Holdings.  But this is not what President Trump did.  Joe Biden is guilty of quid-pro-quo.  The Democrats are projecting again!

Unfortunately for Democrats their Schiff sham is quickly falling apart.  There is no crime.  What President Trump did was completely legal.  They first tried to claim that the President was involved in a quid-pro-quo but this is falling apart, so they are now changing their crime to ‘extortion’ –

Dems have a new word of the day: “extortion”. The shiny object of “quid pro quo” totally fell apart on them. Same problem though w/their new shiny object: Ukraine didn’t know there was a hold on aid until just before it was lifted. They didn’t have to do anything to get it lifted

6,964 people are talking about this

Of course, Schifty Schiff is also reportedly considering bringing back the obstruction actions from the Mueller case to impeach the President but Mueller himself did not have the evidence to claim any of these actions were crimes because they weren’t.