All over the world, Conservatives are leaving Facebook. And it’s not just right wing users…the  FCC and 48 states are suing Facebook. Regulators are accusing the company of buying up rising rivals to cement its dominance over social media.

The final straw for many conservatives happened yesterday when Zuckerberg announced it will prevent our President from posting to Facebook. It  was bad enough that conservatives were routinely censored and having their opinions blocked, but when Facebook prevents a standing President of its own country from speaking to its citizens, then they have most definitely crossed a new line.

This website exists to make a difference by directing its readers to contact numbers and online petitions, but now things have gone so far that its time to hit them where it hurts, and block them from serving you their ads…here’s how:

JUST QUIT FACEBOOK.  Cancel your account entirely. There’s no time to lose here….President Trump is being forbidden from posting to Facebook during  his term in office. Our President uses Facebook to communicate with his public, but now that’s impossible. So don’t wait. Delete your account today. If you can’t bare to pull the plug completely, you can temporarily deactivate your account. Kind of a woosy alternative, but better than nothing.

Still nervous about pulling the plug on Facebook? There are plenty of awesome alternatives. Parler.com  has a great interface and many conservatives, including the Epoch Times News, have migrated there.

Unfortunately there is no way to reach Markie. You’ll just have to check “other” on your reason for leaving. Don’t forget to mention that you don’t appreciate them censoring Conservative America by blocking our President from communicating with America. Then, invite all your friends to join you on Parler and to join the boycott.

Outraged yet? Put that anger to use and hit Facebook where it counts…their pocket book. FB makes big bucks off the ads it serves it’s viewers. If all Conservative Facebook users quit Facebook, they will have to take notice. 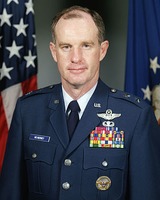 When a reporter asked the press secretary if she would take back her comments made on Fox Business News, where she implied that because of President Trump, “we will not see diseases like the coronavirus come here,” she clarified her statement and then turned the tables on them.

The Media outlets McEnany mentioned,  are the same ones who regularly chide the President for not “doing more”  in the beginning.  And yet, the articles cited are from that same time period.  Yes, you read that right.  The articles McEnany mentioned, articles that discouraged the idea of  us taking severe action and prevention, are from the same time period in which these media outlets  NOW allege that the President did not take enough action in the beginning.

In an effort to downplay the president’s earlier preventative measure of a travel ban,  the media repeatably  tries to coerce the President and his representatives to concede that not enough  action was taken in the period between ordering the travel ban and his emergency declaration.

By McEnany  citing her critics articles from that same time period, the media is left having to admit to making light of the coronavirus.

All of this opens up the argument that the President’s travel ban may have been less effective due to the media downplaying the coronavirus.

“Worried About Catching The New Coronavirus? In The U.S., Flu Is A Bigger Threat”

headline of article by Lennie Bernstein

“Coronavirus is starting to freak me out — not the illness itself but the amped-up, ill-considered way our frightened world might respond to it.

“Yes, the novel virus appears to be spreading quickly at the outbreak’s epicenter in the Chinese province of Hubei, but after a late start the Chinese government is now imposing unprecedented measures to contain it. As the World Health Organization declared last week, it remains too early to call the outbreak a global public health emergency.

“So far, the Wuhan coronavirus is not much more frightening than the outbreaks of other recent coronaviruses like SARS in 2003 or MERS in 2012, each of which killed fewer than a thousand people around the world. The new virus’s death toll has just exceeded 130; for context, according to the CDC, about 15 million Americans have been sickened by the seasonal flu so far in the 2019-2020 flu season, and 8,200 have died from it. (The flu kills between 300,000 and 650,000 people around the world annually.)

“What worries me more than the new disease is that fear of a vague and terrifying new illness might spiral into panic, and that it might be used to justify unnecessarily severe limits on movement and on civil liberties, especially of racial and religious minorities around the world”.  Farhad Manjoo,  The New York Times

Had enough? Contact these outlets and let them know you are done with their double standard!

Together, we can make a difference!